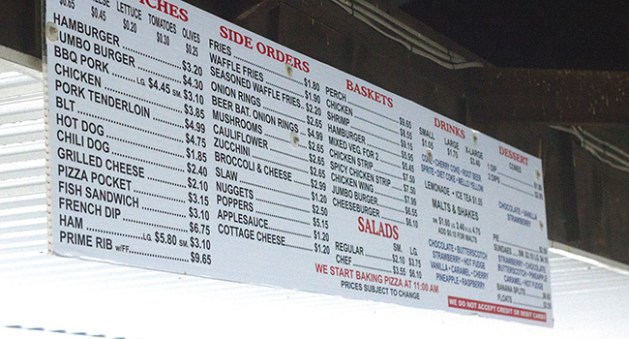 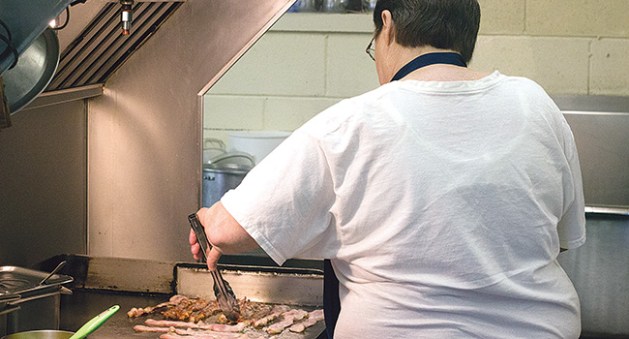 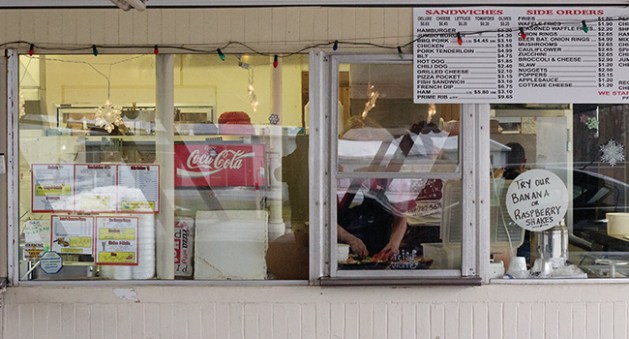 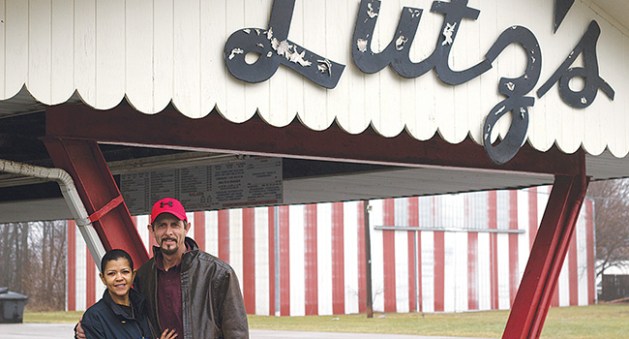 Like many who have grown up in the farm fields outside the city, Dowagiac’s Scott Scherer grew up enjoying the juicy burgers and thick, malty shakes at Lutz’s Drive In.

Because his mother, Joyce, was one of the business’ first employees when it opened more than 50 years ago, the Five-Mile Corner restaurant was a frequent destination for Scherer and his family. In fact, the family spent nearly every Friday night sharing a freshly-baked pizza from the establishment.

As he sat back at one of the restaurant’s weathered tables Wednesday morning, it was clear that plenty of fond memories were playing back inside his head as his eyes darted back and forth at the timeless fixtures inside the dining room.

“It is like going back in time, with the old school drive-in and everything,” Scherer said about Lutz’s. “You do not see these kind of places anymore. I personally like them. I am nostalgic like that, I guess.”

Now, he and his fiancée, Karmen Grady, are responsible for helping the business create the same kind of fond feelings for a new generation of Lutz’s customers.

The local couple took ownership of the drive-in restaurant, located next to 5 Mile Drive-in movie theater on M-152, earlier this month, purchasing the business from founders Bob and Virginia Lutz.

The sale marks a new chapter in the life of the venerated eatery — as well as for Scherer and Grady.

A 1988 graduate of Dowagiac Union High School, Scherer has spent the last few decades in the farming business. Around a year ago, though, the Dowagiac man decided he wanted to make a change and get into a new business, he said.

When the opportunity arose to take over one of his favorite hometown establishments, he did not hesitate to pull the trigger, he said.

“At a certain point, you just have to close your eyes and jump in,” Scherer said.

Although he and Grady are new to the restaurant business, they have plenty of help to learn the ropes, as the restaurant’s staff under the previous owners have all made the leap, Scherer said. Along with Bob and Virginia’s daughter, Cathy, remaining on the team, the former owners still pitch in from time to time with fish fries and pizzas, Scherer said.

“It was great that everyone stayed and were willing to give us a shot,” he said. “I think everyone has been happy with the change so far.”

While the new owners are looking to make some updates to the business, such as allowing customers to pay with credit cards and adding a Wi-Fi hotspot, they are committed to maintaining the same menu customers have come to expect from Lutz’s for more than half a century, Scherer said. The business continues to use the same equipment, such as the kitchen’s classic pizza oven and shake machine, ingredients and recipes for all its items.

“We want to give people the same food and great service they are used to,” Scherer said.