While far from perfect, the Spartans rolled up 361 total yards and four touchdowns as they downed the Paladins 28-13.

“I think everybody was expecting us to walk in here and have a 40-3 win,” Mark Dantonio said. “That didn’t happen. This was a much more competitive game. You have to credit Furman for that. Maybe we didn’t take advantage of everything. But we showed some resilience.”

Leading the way for the Michigan State defensively was junior Chris Frey, one of nine Spartans making their first career start, with 9 tackles, followed by fellow linebackers Andrew Dowell and Riley Bullough with 8 tackles each. With the Spartans clinging to a slim 21-13 lead early in the fourth quarter, Dowell intercepted Furman quarterback, P.J Blazejowski. The ensuing drive was capped off with the Spartans final touchdown of the night, clinching the victory.

“We’re down by eight points and we’ve got the ball at midfield,” Furman coach Bruce Fowler said. “That’s a pretty good spot for us to be in against a Big Ten opponent.”

Tyler O’Connor, a fifth-year senior quarterback, making his second career start for the Spartans, and his first start at Spartan Stadium, passed for 190 yards and three touchdowns on 13-of-18 passing.

“I try to do things 100 percent right all the time, and I don’t think I did that today,” O’Connor said. “A win’s a win. We’re OK with it, but we have a lot of things we have to fix up. We stopped ourselves more than they stopped us, we think.”

The Spartans running game was led by sophomore running back LJ Scott with 105 yards on 20carries and 1 touchdown. While senior Monty Madaris, in his first career start, led the receivers with 85 yards on five catches.

Another first-time offensive starter for the Spartans that turned in a good performance was sophomore Felton Davis with three catches for 40 yards and his first career touchdown.

The Spartans (1-0) will have a week off before they head to South Bend to take on Notre Dame.

“We’ve got two weeks to fix any problems we have and get ready for Notre Dame,” Dantonio said. “I’m sure it’ll be quite the challenge down there.” 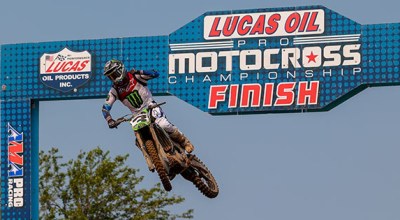