As part of a social experiment, a handful of children were given a dollar and pointed in the direction of an ice cream truck.

Directly adjacent to that ice cream truck was a homeless man holding a sign that said, “I need money.” The children, torn between the option of getting an ice cream cone and giving the man their dollar, one by one made the gallant choice to forego the treat to help a stranger.

The majority of us have likely seen this viral YouTube video, and if we are being honest with ourselves, while of course touched by the generosity of the children, a large portion of us likely laughed at the naiveté, all too aware of the fact that not every person asking for money on the street plans to use donations for noble purposes.

One might think that countless stories about con artists begging for money to pay for booze or faking injuries to gain sympathy would have turned a large portion of our society into a world of cynics, but I’m not so sure that childlike innocence always expires after puberty.

If you ask me, there is plenty of evidence that if given the choice, an entire sector of America’s adult population would choose to help the beggar over getting the proverbial ice cream cone.

Millennials have been cast under a number of stereotypes in recent years. Anyone with the apparent misfortune of having been born in the last 35 years has been typecast as lazy, entitled, dispassionate and overall leading to the downfall of our country.

As long as we are casting stereotypes, I think the proof is in the pudding — or in this case, the ice cream — that we should add “generous” to that list of adjectives.

Take for example the enormous trend of crowd funding through sites like GoFundMe and Crowdrise. Have you ever seen more people so willing to support practical strangers in times of need, or help fund a friend of a friend’s pipe dream?

Of course people of all ages contribute to these digital fundraisers, but more often than not the campaigns are started by people who belong to this supposed disimpassioned, lazy generation, encouraging others to donate whatever amount they can afford to support someone’s dream or help a family deal with strife.

Friends show support for budding artists hoping to travel the country or pay for a semester of college by donating a few bucks where they can. Thousands of dollars are raised in a matter of hours for families dealing with the loss of a loved one or destroyed home.

Some would argue that asking others to fund your dream is a lazy path to take in life, and maybe in some cases that is true, but is it not heartwarming to see people cheer on others and help them along their way?

For all the downfalls of the digital generation, I’m glad to see technology put to good use. It is truly heartwarming to see, just a few years after a recession, how willing so many people are to lend a hand to others.

If you ask me, that flavor of kindness is sweeter than any ice cream cone.

Ambrosia Neldon is the managing editor at Leader Publications. She can be reached by phone at (269) 687-7713, or by email at ambrosia.neldon@leaderpub.com. 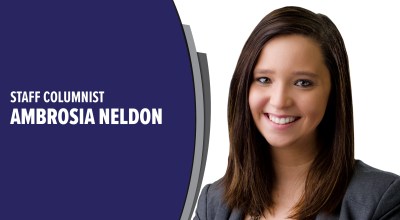 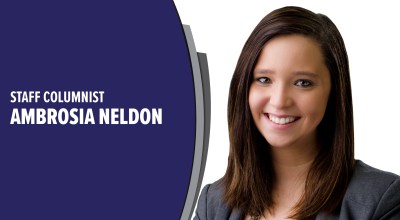