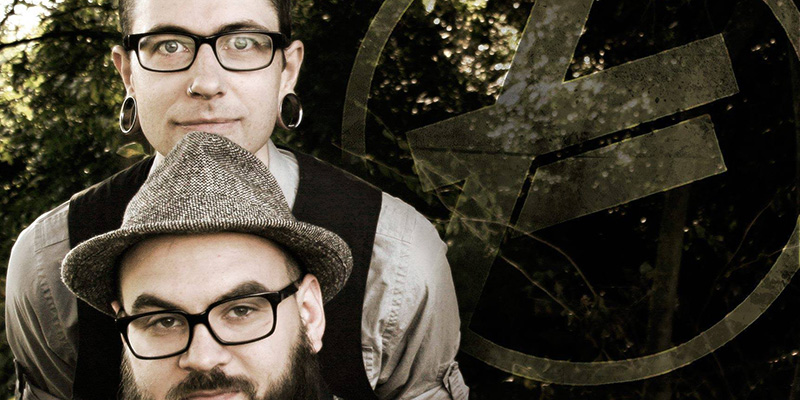 For those who delve into the creative world, there exists a balance that has been on my mind of late.

It can be a struggle to create in a culture that often places a premium on production over creation, of progress over art. The challenge comes in the difficulty of making a career from art or finding space for it while maintaining a more standard source of income.

It also reveals itself in the decisions made in the type of creation an artist focuses on, searching for level ground between what the artist wishes to say and what will be successful with audiences.

In the light of these thoughts, it seems appropriate to share the rest of my conversation with South Bend’s Analecta.

The music of Analecta, with its atmospheric, instrumental ambience, may not immediately appeal to those more attuned to pop music or radio rock. Creating the most universally appealing songs has never been their goal, however.

Instead, Patrick Quigley and Calvin Maloney have worked to explore the ranges of music, finding rhythms and other sounds less obvious and working to match them together. This is not to say their music is simply noise. After an attentive listen, the opposite becomes obvious. What sets the music of Analecta apart is that it calls for your attention.

I had the privilege of attending the album release party for Analecta’s latest release, “aes sídhe.” While food and camaraderie were certainly part of the event, the focus of the evening was a darkened room with the entirety of the album playing for the attentive audience.

In the age of digital music, where it can be rare to sit and simply listen to music without outside activity, this was a welcome experience. Paying attention solely to the audio journey reminded me that music is much like the popular world of wine or craft beer, where continued experience can lead to tastes we may not have previously considered.

He was pointing out the negative influence financial pursuit can have on art and the importance of remaining aware of original inspiration for creation. This is not to say that art and career need to be separate, but that in a world where the two are combined, the emphasis should stay on saying something important or exploring something new versus simply pursuing what will sell more easily.

“If people are listening to our music and getting something out of it, I would consider that successful,” Calvin said. “Money is not the goal. Neither is getting famous.”

Both Calvin and Patrick are living lives with an emphasis on creativity.

Patrick sacrifices sleep and leisure time, working full time while playing in multiple bands, booking music at The Well and other venues, and continuing as a part of an effort to grow the local music scene. He spends lunch breaks planning and strategizing how to best use his time and energy.

Coming to this point was a slow build without intentional planning, simply gravitating toward that in life which attracted him while avoiding getting caught in the “traditional status goals for modern American culture.” While he recognizes the sacrifices that have come from his lifestyle, he sees it as the best fit for him.

Calvin got his start early on, taking music lessons as early as second grade and learning a variety of instruments including piano, clarinet, and other woodwinds and brass winds. He taught himself how to play his father’s unused guitar and took classes on music theory and vocal training during school and into his college years. He describes his work life as one with many non-traditional jobs, giving him the opportunity to play music as often as possible. He is happy and fulfilled despite a lack of much money or the other status symbols often valued in our culture. Currently, he earns money as a vendor at anime and comic book conventions, but his real work is his music. He was once told he looked more alive on stage than anywhere else.

“I would be miserable if I weren’t playing music,” he said. “I can’t imagine doing anything else.”

Analecta’s latest release, “aes sídhe,” is available now as a digital album and can be preordered for your turntable. The vinyl version will be a 12-inch record released in random colors and will also include a digital download. That and more music is available at analectaband.com/store. You can keep up with the latest news from the band, as well as live performances, at facebook.com/analecta.

In a band like Analecta, I see musicians who are true artists, stretching the limits of their particular field and living lives truly focused on creativity. I am reminded of Poet Laureate Ted Kooser, who wrote his poems in the mornings before heading off to his job in the insurance industry, and my own efforts to squeeze creative work into my life whenever possible. Whatever we each do and whatever our creative interests are, I hope we can all find a piece of that in our lives.