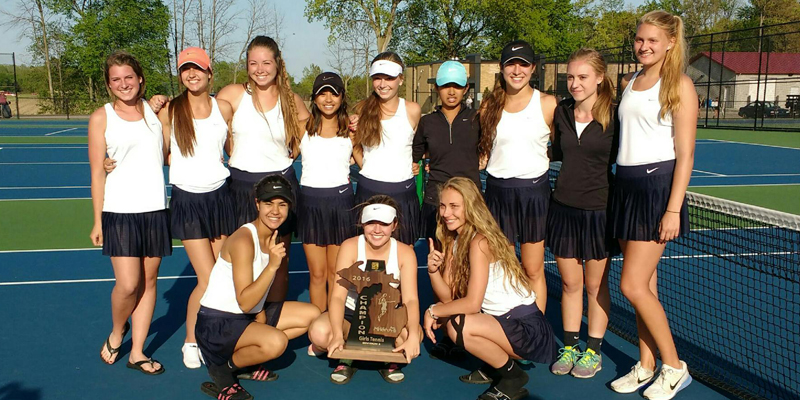 STEVENSVILLE — For the second time in three years, the Edwardsburg girls tennis team has won the Division 3 regional championship.

The Eddies won four flight championships en route to scoring 23 points. Lakeshore was second with 17 points and also qualifies for the state finals in Holland June 3.

The No. 2 and No. 3 doubles flights will be completed by Monday. Both were stopped after reaching the maximum amount of sets a team can play in one day.

The No. 2 doubles final between Lakeshore’s Jordan Shindeldecker and Avery Adams will face Marshall’s Erica Chamberlain and Kennedy Karns was played at Lakeshore High School Saturday.

The No. 3 doubles finals between Edwardsburg’s Olivia Wagner and Breanna Webb and Battle Creek Harper Creek’s Emilie Cwiakala and Kalli Sackrider will be played Monday at Vicksburg.

Winning regional champships for the Eddies in singles were Hannah Ahmed and Lexy Deak at No. 2 and No. 3 respectively. Both won in straight sets.

Malary VanOvearberghe and Zoe Laubach were the champions at No. 1 doubles, as were Natalie Kessler and Sarah Scheretie at No. 4 doubles. They also won in straight sets.

(No. 2 and No. 3 doubles flights to be completed Monday) 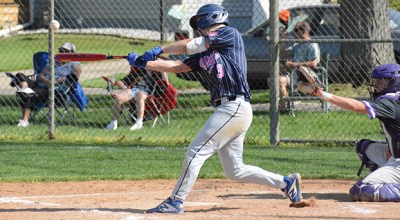