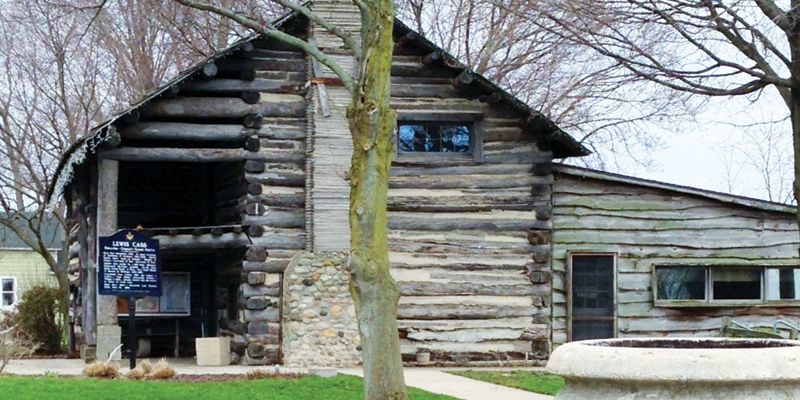 In an 11-item agenda, the committee got stuck on the sixth topic, which was a $3,000 Lighter Quicker Cheaper Challenge grant to build a seating area below the pavilion at Log Cabin Park.

The seating area would not only expand usage of the park, but would help with an erosion problem.

The committee is looking to build a 40-wood wide “wall” that would be 15-feet high. It would be terraced to provide areas for picnic tables that would look out onto Stone Lake.

So far the project, which much be completed by September in order to use the grant money, has one bid for $15,000. The Main Street Committee would use the $3,000 grant from Southwest Michigan Association of Realtors and $5,000 for the Cassopolis Parks and Recreation Board to put toward the project.

Wendy Grover of Cassopolis, a realtor with Cressey & Everett, is the sponsor for the grant.

The committee is going to put the project up for bids, but the entire topic turned into an hour-long discussion about how to raise additional funding and expand the project to include either a paved walkway or a design around the flagpole area that would include engraved bricks.

While everyone agreed that selling engraved bricks was a good idea, it led to several tangents, which ate up much of the nearly two-hour meeting.

In the end, the committee decided to move forward with the seating project and come up with a cost analysis to bring to its next meeting, which will be at 5:30 p.m. Tuesday at the Cassopolis Municipal Building.

In other action, the board approved seeking 501c3 status as a non-profit and voted to have Cassopolis Village Council trustee Cynthia Jackson-Ash become the Main Street treasurer.

The committee quickly went over the final six items on its agenda after deciding that the majority of its next meeting would be devoted to completing plans for Pioneer Days, which will the weekend of June 25.