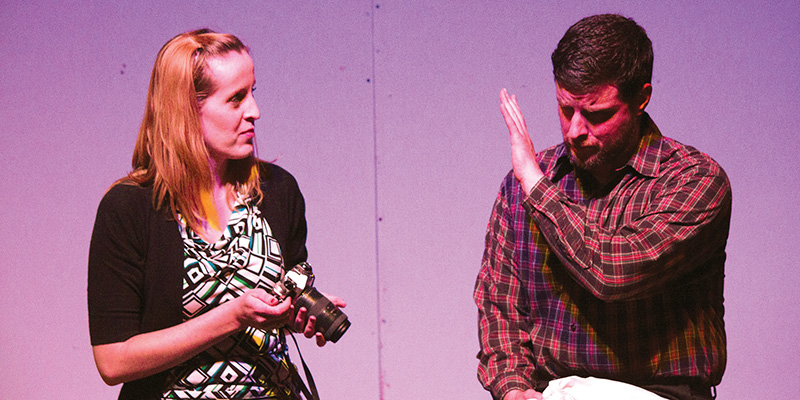 Actors with Beckwith Theatre’s upcoming production of “Closer” held a dress rehearsal Tuesday night at the theater. Starring in the show are (pictured) Sophia Korson and David Prouty, as well as Jeff Starkey and April Sellers. (Leader photo/TED YOAKUM)

Actors and audiences will be getting a “closer” look at one another these next two weekends, as the Beckwith Theatre debuts its latest production of the season Friday.

The Dowagiac community theater will present its rendition of Patrick Marber’s award-winning drama, “Closer,” on May 20-22 and 27-29. Show times are 7:30 p.m. Fridays and Saturdays and at 2 p.m. Sundays.

Taking place in 1990s London, “Closer” tells the story of four people over a four-and-a-half year period, as they meet, interact and fall in and out of love with each other. In a plot rife with romance, sex and infidelity, the play is an examination of modern love and relationships, said Director Andi Creasbaum.

For Creasbaum, whose last production with the theater was the comedy “Miracle on South Division Street,” directing a show containing such heavy interpersonal drama was quite a departure from her usual work, she said. In fact, after her first reading of the script, she was convinced that all the characters were horrible people, though a subsequent reread changed her mind, Creasbaum said.

“They’re not all horrible people,” she said. “They’re just humans. They’re caught up in these terrible situations and have to try and make the best of them.”

Bringing these flawed characters to life is a four-person cast, comprised of some familiar and not-so familiar faces to Beckwith audiences, Creasbaum said. The cast has been working since March to practice for Friday’s debut.

Creasbaum is employing some creative new techniques to draw audiences into the show, such as using a rear projection device to help establish scenes and to simulate an online chatroom used in one scene in the first act. She is also placing the set much closer to the front of the stage than for most shows at the theater, she said.

“I wanted to bring the audiences closer to the actors than they’re used to seeing,” she said. “I think it will make the emotions on stage less comfortable for them to experience.”

A script containing many adult situations, themes and language, the show is recommended for mature audiences only, Creasbaum said.

While the drama on stage may not be pretty, Creasbaum highly recommends the show for adult audiences, especially for longtime couples, she said.

“It’s very much the type of play you’ll want to go out for dinner and drinks and discuss it afterwards,” she said.

Friday’s opening will be sponsored by St. Joseph’s Lazy Ballerina Winery, with free wine provided during the show. Also sponsoring the show are Edward Jones Investing and the offices of Dr. Montgomery and Dr. Marshall. 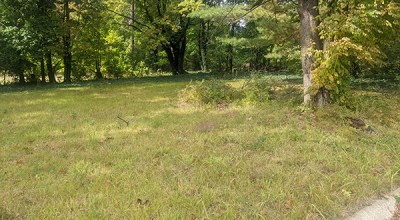