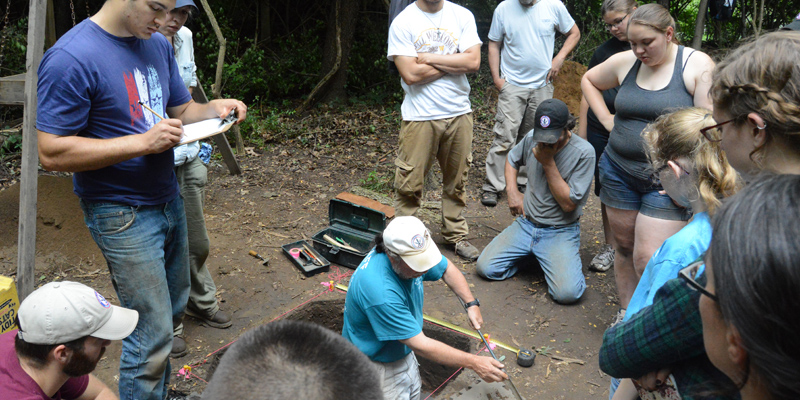 Have you ever dreamed of finding buried treasure?

The City of Niles and Western Michigan University are offering the chance to experience the thrill of discovery during its camp programs this summer at the Fort St. Joseph Archaeological Project site in Niles.

Campers will learn about the history of the 17th Century fort and participate in all aspects of the dig, including wet screening, analyzing artifacts and mapping the site.

Christina Arseneau, director of the Niles History Center, said the camp provides an experience difficult to find anywhere else.

“For anyone who has ever thought of what it would be like as an archeologist, this is a way to actually get that experience,” she said.

The camps begin July 15 and run through Aug. 5. There are three different camps, including ones for middle school students, teachers, graduate students and lifelong learners.

Arseneau said Tuesday that camper spots are filling up quickly, so people interested in attending should register as soon as possible. The cost for each camp is $150 and scholarships may be available for those who qualify.

Those who miss out on the camps can still get involved in the project.

During the 2016 field season, the public is invited to engage in several interactive and educational programs focusing on this year’s theme, “Flowing Through Time: Rivers in Historical and Archaeological Perspective.”

• Aug. 10 — “A History Runs Through It: Nine Millennia of Human Experience along the St. Johns River of Northeast Florida,” by Kenneth E. Sassaman, department of anthropology, University of Florida

One final way to get involved is to visit the Fort St. Joseph Archaeological Project’s open house from 10 a.m. to 4 p.m. Saturday, Aug. 6, and Sunday, Aug. 7, at the corner of Fort and Bond Streets in Niles. The free event, which is open to the public, allows attendees to meet WMU archaeologists, observe period demonstrations, explore the archaeological site, view recently uncovered artifacts and more.

Fort St. Joseph, founded in 1691, was an important French mission, trading post and military garrison until it was abandoned in 1781. During its time, the fort was controlled by four countries — France, Britain, Spain, and America — as well as multiple Native American Indian tribes, including the Potawatomi.

In 1998, Niles’ Support the Fort Committee called on WMU’s Dr. Michael Nassaney to conduct an investigation to locate Fort St. Joseph. Over the last 18 years, Nassaney and teams of WMU students have worked to uncover the history of Niles’ Fort St. Joseph in conjunction with WMU’s archaeological field school, which is certified by the register for professional archaeologists.