LANSING — Sen. John Proos on Wednesday introduced a resolution in the Michigan Senate to oppose the request of a Wisconsin city to divert water from the Great Lakes.

Waukesha, Wisconsin is located in the Mississippi River basin and is the first community to seek approval to divert water from Lake Michigan to outside the Great Lakes basin, which is banned under the Great Lakes-St. Lawrence River Basin Water Resources Compact.

“Michigan is literally defined by the Great Lakes, which also play a critical role in our economy and our way of life,” said Proos, R-St. Joseph. “We must protect the greatest collection of fresh water in the world and the groundbreaking compact designed to defend it. If the Waukesha request is granted, the unprecedented move would severely erode the ability of the Great Lakes compact to protect our water.”

Senate Resolution 173 says that Waukesha has failed to meet the standards agreed upon by the Great Lakes states and provinces and that the Senate officially opposes the city’s requested diversion of water from Lake Michigan.

“Waukesha’s request to divert more than 8 million gallons per day from Lake Michigan is unreasonable and doesn’t meet the compact’s high standards,” Proos said. “I hope that the Senate will adopt this resolution soon, so that we can send a unified massage to the eight Great Lakes governors as they make the final decision on Waukesha’s proposal next month: Protect our water.”

Proos said that Great Lakes states and provinces agreed to strict standards in the Great Lakes Compact, which he supported when Michigan approved it in 2008. The compact explicitly outlines considerations for determining if communities should be allowed to divert water outside the basin and specifies that every state must agree that those standards have been met.

SR 173 has been referred to the Senate Natural Resources Committee for consideration. 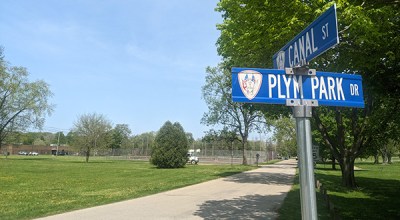