BENTON TOWNSHIP — Jennifer Spielvogel has been relieved of her duties as president of Lake Michigan College after just four months on the job.

The college’s board of trustees voted unanimously to terminate her contract following a just cause hearing Thursday morning at the LMC Mendel Center.

The board said during the hearing — which Spielvogel allowed to be conducted in public — it found several reasons to justify her termination, including that she made unauthorized expenditures of more than $20,000, submitted inadequate goals and objectives, created a hostile work environment and made inappropriate comments about colleagues, board members and community members.

“In December of 2015 we invited you to be part of the family,” Board President Mary Jo Tomasini said to the dozens of people gathered in the Hanson Theater on LMC’s campus. “You quickly came in and started to do things to destroy the family. As your board chair I am extremely disappointed by that.”

During the hearing, Spielvogel painted her firing as a witch hunt, saying the board began digging up reasons to terminate her after she informed the board chair that the college was out of compliance with regulations regarding student financial aid.

“Truth is not what this board wanted,” Spielvogel said.

When asked when she told the board of possible financial aid violations, Spielvogel said she had an informal conversation about the issue with Tomasini prior to a board meeting March 22. Spielvogel said no other board members were present during the conversation.

Tomasini and the other board members denied ever speaking to Spielvogel about alleged financial aid violations.

“Until we have an opportunity to learn more about the specifics of Dr. Spielvogel’s allegations regarding this issue, we are unable to comment directly, but LMC has a solid history working with student financial aid programs and resources,” said Candice Elders, the college’s marketing director, in a prepared statement released Thursday evening to the media. “LMC has been in the process of doing routine evaluations and assessments of all our student service functions and we’re always looking for ways to improve, but we have no reason to believe (Thursday morning’s) remarks should cause students, families or employees any concern whatsoever.”

The statement went on to say that the college receives an extensive audit each year by an independent auditor.

“In reviewing LMC’s past 15 years of A-133 audit reports, the college has received an unqualified/unmodified opinion each year. An unqualified/unmodified opinion is an independent auditor’s judgment that an organization’s financial records and financial statements are fairly and appropriately presented, and in accordance with Generally Accepted Accounting Principles (GAAP),” the statement read. “In addition, the independent auditor’s report indicates that the schedule of expenditure of federal awards is fairly stated in all material respects in relation to the financial statements as a whole and that the results of the auditor’s tests disclosed no instances of noncompliance or other matters that are required to be reported under Government Auditing Standards.”

Spielvogel was under contract through June 30, 2018, with an annual salary of more than $163,000. Her benefit package also included a variety of other perks, including a $12,000 a year car allowance and 25 vacation days.

The college is not bound to honor the contract since the board found just cause for her termination. Attorney Bradley Glazier, who represents Spielvogel, said he plans to file a lawsuit against LMC for a breach of contract.

Tomasini said the college has insurance to cover such a lawsuit.

Spielvogel declined to comment on the board’s decision following the meeting.

That Spielvogel’s future at the college was potentially in jeopardy first became public when the board of trustees announced after a special meeting April 8 it had voted to suspend her with pay pending the just cause hearing.

Tomasini said the investigation into Spielvogel began when she failed to turn in expense reports for two consecutive months.

In reviewing the expense reports, Tomasini said it was discovered that Spielvogel may have engaged in behavior that violated her employment contract.

Tomasini said the investigation included a review of Spielvogel’s expense reports and other documents as well as interviews with college officers and employees regarding her job performance and behavior.

Following her suspension, Leader Publications filed a Freedom Of Information Act request for documents associated with the expenditures and the allegations against Spielvogel. The college complied fully, releasing a 271-page document Thursday that outlined its policies and the findings of the investigation.

The documents show that Spielvogel made unauthorized and unapproved expenditures to the college totaling $20,625.50, according to the board.

Among the items expensed include: $3,235 for a chain of office medallion, $2,779.09 for architectural services for a planned remodel of her office and $2,185.20 for specialty paper and a cupcake tree for an elaborate inauguration ceremony she was planning for herself.

Tomasini also said Spielvogel spent $5,550 in executive officer holder funds on things like car washes, massages and tickets to see country music artist Kenny Chesney in concert. The officer holder funds are intended to be used for things that strengthen the college’s relationship with the community, like covering civic organization membership dues and charity events, according to the board.

“I was horrified,” Tomasini said upon reviewing the expense reports.

Spielvogel’s attorney said board policy allows the college president to spend up to $100,000 without board approval.

Tomasini said while that is true in policy, the board should be involved in spending decisions.

“If we hired an employee and thought we should throw a party for the employee, it seems as though we would have been involved in planning said party,” she said.

The investigation also uncovered allegations that Spielvogel frequently made negative and possibly defamatory comments about board members, community members and college staff. More than 70 such comments were documented in the report released through the FOIA request.

Evidence was also found to support that Spielvogel intentionally created a hostile work environment in an attempt to force two employees to quit or retire, according to the board.

During the just cause hearing, Glazier contested the fact that he was not allowed to question board members or cross examine witnesses. He also said Spielvogel never had a chance to confront her accusers.

Glazier accused the board of essentially deciding to fire Spielvogel at the April 8 meeting.

“Today’s hearing is not designed to learn the truth,” he said.

Several board members denied that they had already made up their minds to terminate Spielvogel prior to Thursday’s just cause hearing.

The board also voted to take action to collect from Spielvogel the $20,625.50 in unauthorized expenses.

Spielvogel began her tenure as LMC president Jan. 1 after the retirement of former president Robert Harrison, who served in that capacity for seven years.

LMC hired Future Management Services, a national executive search firm, in 2015 to help them with the presidential search. The firm administered a vetting process that including feedback from multiple interviewers; reference, background and credit checks; and leadership and personality testing.

Spielvogel met with dozens of students, employees and community partners during remote and in-person visits to all campuses.

She previously served as vice president of Cuyahoga Community College in Cleveland, Ohio, from 2007 until 2016.

The board set a meeting for 3 p.m. May 16 to discuss the results of the just cause hearing and determine the best way to move forward, including beginning the process of finding the next president. 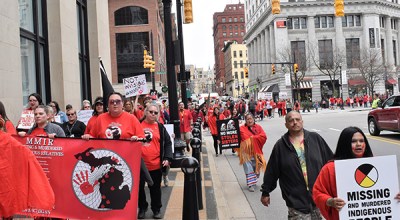 Niles churches to team up for benefit concert