Miller, a Brandywine High School graduate who lives in Niles, in August achieves his “dream job,” fulltime SMC English instructor. He started at SMC as a student in 2005 and graduated with honors in 2007.

“We all love to work with our students,” Miller said. “Being a tutor allows us to do that even more. I’ve been tutoring since 2006 and became a math instructor in 2011.”

There’s a twist to Miller’s story, which starts in one discipline and spread to another when he began teaching English for Indiana University South Bend.

He and Bonnie Roberts collaborated on a barrier-removing session, “You Got Your Math in My English; No, You Got Your English in My Math,” for the 20th annual Michigan Writing Centers Association conference SMC hosted Oct. 17 for 145 from Michigan, Indiana and Ohio.

“I started in math and that’s largely what I tutored,” Miller said. “Jane (Brandstatter, retiring Learning Center and Writing Center coordinator) said I was pulled over to the ‘dark side,’ so to speak, because after that I started tutoring more English and doing (writing) consultations. I double majored in college and got my master’s degree in English.”

Each tutor adopted a superhero identity.

Miller’s alter ego, the Promethean Spark, refers to Prometheus, “who got fire from the gods to bring to man. That’s the first point you think of man as knowledgeable.”

Miller, who on behalf of the Niles Learning Center staff presented a Best Boss Ever mug to Louis Noakes, said, “It’s because of what he does here that we truly enjoy and love our jobs. It’s not just the students, not just tutoring, but who we work for and, more importantly, who we work with. Louis made us a family. You’ve made a lasting impression on every single one of the people you work with. There’s no better role model or boss I can look up to than you.” 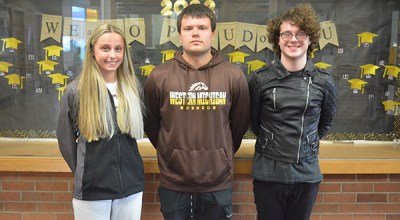