When Cassopolis High School students were looking for a way to raise money for a trip to Chicago, they wanted to do something different and unique.

So they decided that the project would not only help them raise money, but benefit Sam Adams Elementary and hopefully in the process, get younger students interested in art class.

“We were trying to come up with a community service project,” Shelly Johnson said. “I have thought for years it would be really nice if we could do something down at the elementary. It took us a couple of months to actually come up with this idea.”

The idea was to have each student at Sam Adams draw a self-portrait in crayon. They selected winners from those drawings and then turned the pieces into graphics.

“They sat on the floor in the empty science room and each of them put in 20 hours to paint these things,” Johnson said. “So turning them into something large was quite the challenge.”

Those original drawings were then hand-painted onto duralar a four-millimeter plastic sheet that takes wet media and have been hung in the hallway at Sam Adams.

“There is a face representing each grade,” Johnson said. “There is a kindergartner up through sixth grade. And we did raise enough money for the trip.”

Instead of asking for donations by the hour, like a walk-a-thon, students asked if people would just donate to the project.

Destiny Franks was one of the students who took park in the project. She said it took a month to complete them.

“We already had the idea and went with it,” she said. “There were a lot of them. That was the hardest part was choosing which ones would be the best representation of the school. I was not at that skill level when I was in that grade. There was a first grader who basically looked like it was the work of a seventh grader.”

Garrett Green was also impressed with the number and quality of the portraits.

“I was surprised at how well some of them were drawn,” Green said. “Some of them did not look like they were done at an elementary school level. They looked like they could have been done in a high school art class.”

The winners not only had their portraits hanging from the ceiling at Sam Adams, but they were given prizes by the art students at an assembly April 14. 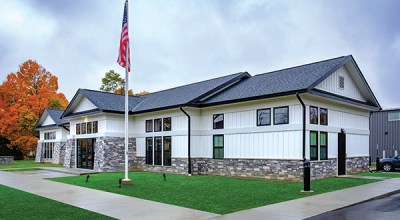