More than 16,000 people, including students, teachers and business partners, are expected to participate in that weeklong showcase of career and technical education students.

It was a hectic spring break week with a long-anticipated three-day trip for eight Criminal Justice Club officers and second-year students to Washington, D.C., on the front end followed by SMC’s triumphant return to Grand Rapids, scene of the Roadrunners’ dominating debut April 17-19, 2015.

“We ran the table again, except our scores were significantly higher — which is important for nationals,” said Criminal Justice Director Donald Ricker. “The CSI team is determined to medal at nationals.

“The CSI team gets assigned a crime scene and has to collect evidence, sketch and write a report. They scored 99 percent on the practical,” which, combined with a written test, make up the final score.

“It will be hard to duplicate” the CSI trio’s performance,” Ricker said. “They work very well together.

“The club’s grown to where we had two teams competing against each other to go. The Cass County Sheriff’s Office came out and set up a mock crime scene.

“Criminal justice is driven by scenarios they’re given as patrol officers to deal with traffic stops, interviewing witnesses and victims and arrest, search and seizure techniques.”

Ricker, a former detective, said 14 members signed up for SkillsUSA, meriting a plaque for 40-percent growth.

SMC criminal justice students competed against Ferris State and Western Michigan universities, “but they don’t practice like we do,” Ricker said. “Jarrid [Bradford, Dowagiac’s deputy police chief] met with them every week. He’s still as involved as he was last year.”

Washington “was a fast three days,” Ricker said. They stayed in Silver Spring, Maryland, and traveled by Metrorail.

”A woman I met at Arlington said, ‘You don’t want to take students to the monuments during the day. Do that at night when they’re less congested.’ That was great advice.

“We saw the Law Enforcement Officers Memorial, which contains the name of an officer I worked with killed in the line of duty. That was an emotional moment for me. He was a motorcycle cop killed on a traffic stop by a parolee who got out early. They didn’t want to do the FBI office building tour, they wanted to do Quantico, but they don’t allow tours anymore since 9/11. We left for D.C. Sunday night, got back Thursday night and loaded up for Grand Rapids on Friday. It was enjoyable and educational, so we’ll probably do it every two years if we can.

“[Congressman] Fred Upton’s office was really helpful in getting us passes,” Ricker said. “Will Stone from his staff gave us a first-class tour. We sat in the House Chamber and the Supreme Court room where cases are heard. The only (member of Congress) I saw that I recognized was Patrick Leahy,” the Vermont senator with more seniority than presidential candidate Bernie Sanders.

“Leahy’s in this new ‘Batman v Superman: Dawn of Justice’ I saw Sunday night,” Ricker noted. “So is (Michigan Sen.) Debbie Stabenow” since it filmed in Detroit in August 2014. 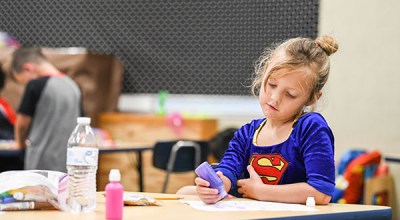 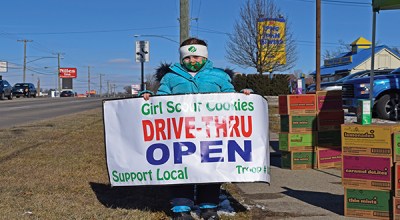 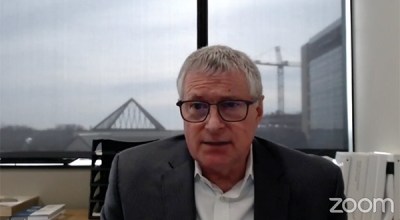