A Dowagiac woman who accidently struck and killed a 3-year-old with her vehicle in Benton Harbor last summer pleaded no contest to the charge against her in Berrien County Court Monday.

Teri Abiney, 52, submitted the plea to a charge of attempted operating while intoxicated causing death to Judge Arthur Cotter, after she and her attorney agreed to a plea agreement with Berrien County prosecutors. Abiney now faces up to five-years in prison for the offense.

The charge against Abiney stems from an accident that occurred around 9:45 p.m. June 3, near the intersection of Council Drive and Crystal Court, outside the Berrien Homes apartment complex in Benton Harbor. Abiney struck and killed 3-year-old Taeyon Richard with her 1999 Dodge Ram 1500 van while the toddler was riding a bike near the complex where he lived.

Following the collision, Richard was taken to Lakeland Hospital, where he soon after died from his injuries.

According to police, Abiney had cocaine in her system at the time of the crash.

“While the death of a 3-year-old is extremely unfortunate and difficult for the family, we made the judgment, based off the facts of this case, that it was necessary to offer a lesser offense,” said Berrien County Prosecutor Michael Sepic. “It still being a felony offense makes it a significant punishment for the defendant.”

While the judge could choose to impose either a prison or jail sentence for the offense, the prosecution plans on recommending to the court that Abiney be sent to prison, Sepic said.

Abiney’s sentencing hearing is scheduled for 1:30 p.m. on Monday, April 25, at the Berrien County Courthouse in St. Joseph. 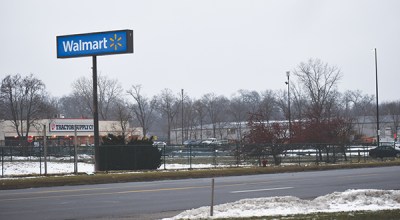 Volunteer of the Week: Jerry Flenar, of Buchanan