“The biggest difference is the school size,” Gibson said.

“Three Rivers is in a different conference and they are playing bigger schools,” Gibson said. “That was a challenge to get used to the pace of the game is different as well.”

Gibson has found a love for basketball and started playing travel ball in Elkhart in the off season.

Her experience playing travel ball paid off against the visiting Bridgman Bees Feb. 16.

Gibson had 14 points, eight rebounds, a couple of steals and an assist on way to a thrilling 40-38 victory.

The young Rangers have struggled on the court most of this season, having only one senior on the roster, but she hasn’t played this year due to injury.

These factors led to Gibson being placed into the starting lineup.

“I think we have a bright future,” Gibson said. “We are young and all of us are playing again next year.  We have to continue to get better.”

Against Dowagiac Tuesday night, Gibson scored a game-high 25 points, including going 9-of-16 from the free throw line as she helped Cassopolis to a 48-39 victory over the Chieftains.

Gibson scored 17 of those points in the fourth quarter when the Rangers held off a late Chieftain charge.

The win raised the Rangers’ overall record to 4-16.

With the season dwindling down, Gibson and her teammates have the MHSAA tournament coming up.

They will travel to Bridgman Monday for the opening round in hopes of winning their first district championship since 2006. 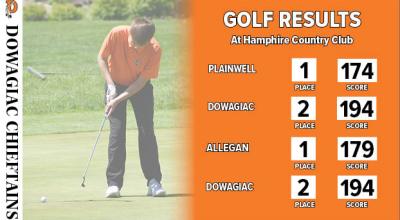