Public safety officials work to assess the scene where two Niles residents missing since late Friday or early Saturday were located in a car submerged in a creek that is a tributary to the St. Joseph River. (Leader photo/MICHAEL CALDWELL)

Authorities have confirmed that two Niles area people missing since Friday night were found dead after a vehicle was recovered from a creek in Niles Township Sunday morning.

During a search to find the missing people Sunday morning, Mehl’s white Toyota Camry was located in the St. Joseph River near the intersection of Bond and Beeson Roads in Niles Township.

Authorities remained on the scene Sunday morning while family members were notified.

Below is a press release from the Berrien County Sheriff’s Department:

The Berrien County Sheriff’s Department was contacted on Saturday and a missing persons report was filed for Steven William Rough and Autumn Chantell Mehl.

On Sunday volunteers assembled at the YMCA in Niles and began searching the area. Shortly after 9 a.m. a volunteer contacted the Berrien County Sheriff’s Department and stated they believe to have found the missing vehicle on Bond Street near Fort Steet.

The vehicle was located upside down in a creek and later two subjects were removed from the vehicle. The family has confirmed the identities of the subjects as Steven William Rough and Autumn Chantell Mehl.

At this time the accident remains under investigation with the Berrien County Sheriff’s Department. No foul play is suspected and the contributing factors are currently unknown. 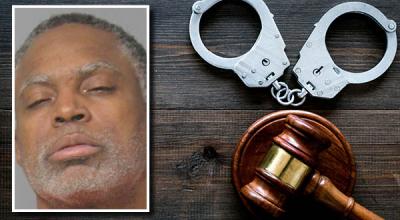