Chief Kozal announced recently that an officer with the Ontwa Township-Edwardsburg Police Department conducted an investigation into the possible violation of the controlled substance act.

Information obtained from that initial investigation led officers to submit a search warrant which was authorized for a residence in the 24000 block of North Shore Drive in Ontwa Township.

Pursuant to the search warrant, approximately 2.5 ounces of marijuana and evidence of the distribution of marijuana was seized from the residence.

A 31-year-old white male was arrested and lodged at the Cass County Jail on the charge of possession with intent to deliver marijuana and maintaining a drug house.

The Cass County Sheriff’s Department assisted in the investigation. The name of the individual is being withheld pending arraignment.

Investigation is ongoing at this time.

The department also responded to a single car rollover on May Street near Martin Road.

A blue Town and Country minivan lost control on the slick roads, left the roadway, and rolled on its side.

The driver, Deborah Perkins, 29, of Edwardsburg, was transported to an area hospital for treatment. Alcohol does not appear to be a factor. 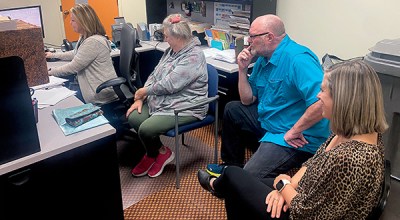