Bullseye Marketplace and Farm House Restaurant and Bakery are now under one roof on White Temple Road in Vandalia. The consolidation of the two locations comes in advance of Bullseye Market place opening a second story in Three Rivers later this month.

Bullseye Marketplace and the Farm House Restaurant and Bakery have merged in Vandalia.

The two businesses were closed for a few days in mid-January to merge and have reopened in one location on White Temple Road.

The merging of the two venues comes in advance of Bullseye Marketplace opening another store in Three Rivers this year.

“We are shooting for a partial opening there in February,” manager Debbie McKenzie said.

With the renovations, the former restaurant and bakery will be used strictly for production for both stores.

Customers can also still get specialty cuts of meat.

McKenzie said that the plans to locate the two businesses under one roof have been in the works for at least a year. The building in Three Rivers was purchased late last year.

“So for a whole year they have been working on the plan and exactly what is going to be the best way to lay out everything,” McKenzie said. “That (the former bakery) is going to be the production area for this location and the Three Rivers location.”

McKenzie said that the belief is that by combining the two locations, it better servers their growing customer base.

“I had a gentleman yesterday who rides on one of the bike tours that go through here in the summer and he was very excited,” McKenzie said. “He said it was going to help speed things up. You will now place your order, where it may have taken you 15 or 20 minutes to receive it. He thinks we will be able to turn people over quicker with the procedure we are using.”

“I’m pretty excited about it,” Dawn Stutzman said about the two businesses locating under the same roof. “We are hoping that they will all like coming to one spot and getting everything they wanted without having to stop at both.

“We have downsized the menu considerably. We want to make it so people can get in and out quickly. We will not have the variety we used to have, but we will still have the daily specials and everything is still homemade from scratch. None of that has changed.”

The patio where customers could enjoy breakfast at the former restaurant may return this summer according to Stutzman.

Bullseye Marketplace has been in business at 59283 White Temple Road for three years. It is open Monday through Saturday, 7 a.m. to 5 p.m. It is closed on Sundays.

For more information about the marketplace or bakery, visit their website at bullseyemarketplace.com or call (269) 476-1126. 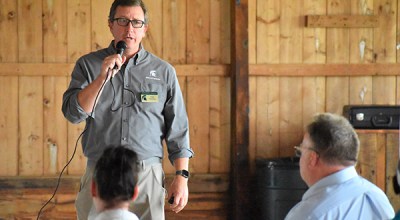 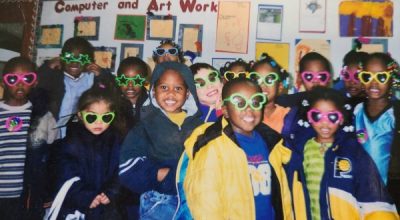