BENTON HARBOR — Joe Durant took the first round lead at the 75th Sr. PGA Championship with a birdie on the ninth hole at Harbor Shores Thursday.

Durant, who started on the back nine, shot a 6-under-par 65 to take a one-stroke lead over Dan Forsman, who shot an opening round 66.

Durant, making only his third start on the Champions Tour, had the best first-round score at the Sr. PGA Championship since Bob Charles shot 64 in 1988 at the PGA National Golf Club in Palm Beach Gardens, Florida.

Brad Faxon is in third place after shooting 67, which included seven birdies. Faxon, who trails Durant by two stokes, had four of those birdies in a five-hole span.

“You can look silly on these greens here, but I made a couple big putts early,” Faxon said. 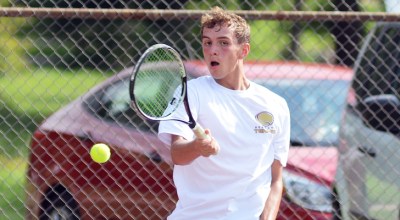