BUCHANAN — The Buchanan Downtown Development Authority is hoping a new billboard will draw more people to discover Buchanan.
The DDA board last week unanimously voted to fund a billboard on I-94 for one year.

This is the first time Buchanan will be advertised on a billboard.
DDA Director Debra Patzer said the DDA has been working on developing its brand for a while and the billboard came as an extension of those talks.
Patzer said the DDA has done plenty of local print advertising in the past.
“But the committee really wanted to explore other avenues,” she said.
The cost of the billboard for a year is $9,750, which is a reduced rate, according to Patzer.
“They are extremely expensive,” she said. “The board discussed it at length and felt it would be one of the best investments we could make.”
The billboard is located 1.25 miles north of the state line and is visible to eastbound traffic.
The hope is to draw more Chicago traffic to downtown Buchanan, Patzer said.
The billboard will read: “Your weekend is waiting. Discover Buchanan.”
It will also display the DDA’s new website, discoverbuchanan.org, which is part of the new marketing campaign.
Many of the shops in downtown Buchanan are open exclusively on weekends, but Patzer and the DDA hope the billboard will help Buchanan establish itself as a weekend destination for out-of-towners.
Patzer said the DDA will also build its brand through rack cards, the new website and social media. 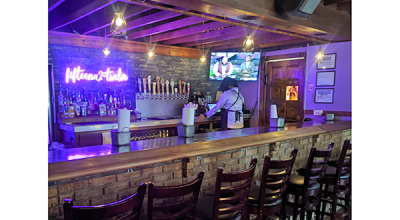