CASSOPOLIS – King Brian Butchbaker of Marcellus will reign over the 158th Cass County Fair with Queen Meg Hein of Niles.

Joining them will be Prince Ethan Wagner of Dowagiac and Princess Allison Ives of Marcellus.

There was no runner-up prince named as there was only one contestant.

Contestants answered questions about the fair on what improvements they would like to see made.

Butchbaker said he would like to see improvements made to the dairy feeder barn as the building is old where he shows his dairy feeders.

Hein said she would like to see more landscaping and flowers around the buildings and grounds.

Colcord thought the fair is good the way it is now.

Lawson said she would like to see more of a variety of food stands on the midway.

Wagner’s question was if he could be a fair animal, what would he be?

He said he would like to be a duck because he could fly.

Ives said she would like to be a horse because it wouldn’t die.

She said other animals are sold at the auction sale and go to slaughter.

The royalty team will be a part of the parade that kicks off the fair at 6 p.m. Sunday, Aug. 2, in front of the grandstand.

The team will attend horse and livestock shows, the annual livestock auction sale and the small animal sale to pass out trophies and ribbons. They will also attend other events.

The 2008 court bid farewell and crowned the chosen contestants.

The welcome was given by siblings Beth Miller and Kyle Miller. 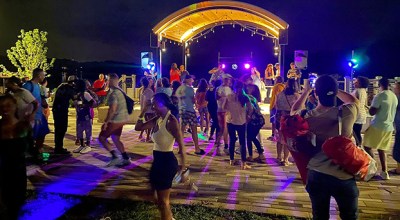