It was anything but a routine meeting of the Niles Community Schools Board of Education.

The government officials were on hand to give recognition and honor to the entire Lady Vikings team after they earned the title of state champions.

“It is special to win the state title,” Pscholka said. “It is a legacy that will live with you girls forever.”

Pscholka informed the team that Upton, who could not attend in person as he was on his way back to Washington for voting, had given a speech on the Congressional floor following the Lady Vikings’ win which would be entered into the Congressional record.

“These outstanding women were on a mission all season long,” Pscholka read from the speech. “It is a truly remarkable accomplishment… It is Viking Pride at its finest.”

Pscholka also presented Niles High School principal Jim Knoll with a United States flag that had been flown over the capital for the team.
State Representative Sharon Tyler and Senator Ron Jelinek also presented the Lady Vikings with a special proclamation which they read to the team, both expressing their pride and respect for the state champs, as family and friends looked on.

Commissioners LaMore and Klimek also read from a proclamation signed by each commissioner in Berrien County.

“You played hard and you played well,” LaMore said addressing the team.
“You girls be proud,” said Klimek. “This is something they can never take away from you.”

Just before the special presentation, board officers were chosen and made official and Dana Daniels took over the duties as president from now secretary Elaine Miller.

Daniels then read a special letter of recognition to the team, which includes his daughter, Heather. “You captured the attention and imagination of our town,” read Daniels. “We hope that many lessons you learn this year will stay with you…”

Finally the board recognized head coach Gary Collins whose emotions came through while addressing the board.

“You guys took a chance on me as coach,” Collins said, tearing up. “I hope I did you proud.”

Following recognition for the team, the board continued with their annual organizational meeting. 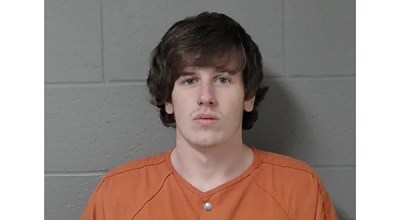 Teams gear up for Niles Relay